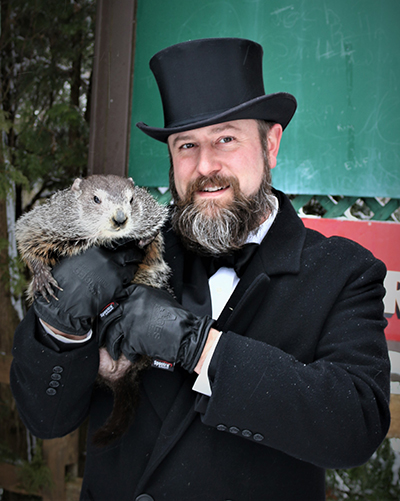 A popular tradition in the United States, Groundhog Day is also a legend that traverses centuries, its origins clouded in the mists of time with ethnic cultures and animals awakening on specific dates. Myths such as this tie our present to the distant past when nature did, indeed, influence our lives. It is the day that the Groundhog comes out of his hole after a long winter sleep to look for his shadow.

If he sees it, he regards it as an omen of six more weeks of bad weather and returns to his hole.

If the day is cloudy and, hence, shadowless, he takes it as a sign of spring and stays above ground.

The groundhog tradition stems from similar beliefs associated with Candlemas Day and the days of early Christians in Europe, and for centuries the custom was to have the clergy bless candles and distribute them to the people. Even then, it marked a milestone in the winter and the weather that day was important.

Over the course of the years, Phil has had numerous noteworthy highlights:

From offering support of political events, to rooting for area sports teams, to becoming the star of a Hollywood movie, Punxsutawney Phil has increasingly been in the public eye.

Early observances of Phil's predictions were conducted privately in the wooded areas that neighbor the town. Today's celebration sees tens of thousands of visitors from all over the world as revelers await Phil's appearance as most fans wait to see their favorite rock stars.

The Punxsutawney Spirit newspaper is credited with printing the news of the first observance in 1886 (one year before the first legendary trek to Gobbler's Knob):

Today is groundhog day, and up to the time of going to press the beast has not seen his shadow."

Groundhog Day is just one of many exciting events in Punxsutawney! Find out more about the other noteworthy festivities happening around the area.

END_OF_DOCUMENT_TOKEN_TO_BE_REPLACED

Groundhog Day at Gobbler's Knob has always been a photo-worthy event! Check out images and videos of past year's predictions! 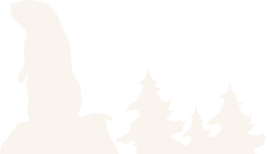